Out of StockNo longer in production. 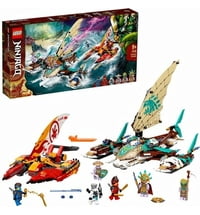 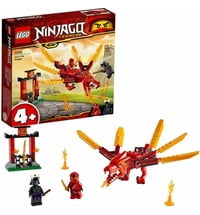 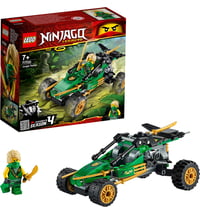 To free themselves from the gruesome dungeons of Shintaro, the ninjas have to endure difficult trials and action-packed battles against the skull mage, his skeleton knights and the dreaded dragon. This extensive construction and play set consists of the moving dragon, which can fire shooter rockets and throw bones and spiders, 6 mini-figures and other cool accessories. It can also be used as a LEGO Ninjago board game, as it contains a cube top and an attack course with a trap. So, defeat the bad guys and grab the Ivory Blade of Liberation!

The set can be combined with other LEGO Ninjago sets to create a bigger board game - including even more breathtaking ninja action.

Perfect as a gift on numerous occasions - for small and large Ninjago fans.

CO2 emissions are foregone where possible. The remaining footprint is compensated through eco-social projects.